Risk factors are characteristics of the person, their lifestyle and environment that contribute to the likelihood of getting the disease. They can include family background, work history or exposure to a substance or product.

Risk Factors that Cannot be Modified 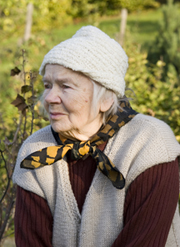 Women rather than men are more likely to get the disease. This is mainly in part because women have a longer life expectancy than men. Sixty-four per cent of Manitobans with Alzheimer`s disease are women.

The majority of cases of Alzheimer’s disease in people over the age of 65 have the sporadic, or “late onset” form of the disease, which suggests that there is no family link.

The “Familial” or “early onset” Alzheimer’s is a rare form of the disease that runs in families and is responsible for about seven per cent of all cases.

With Familial AD, at some point in the family’s history, certain genes become “mutated” from having normal to abnormal characteristics. If one parent has a mutated gene, each child has a 50 per cent chance of inheriting the disease gene and it is possible that those children will go on to develop Alzheimer’s disease in adulthood.

The causes of Alzheimer’s disease are not fully understood, however, many studies have identified a gene called apolipoprotein E (APOE). This is not an abnormal gene and everyone inherits a copy of some form of APOE from each parent. A variation or form of this gene (an allele), is the APOE e4. Dozens of studies suggest that the APOE e4 allele increases the risk of developing Alzheimer’s disease.

Genetic risk factors alone are not enough to cause Alzheimer’s disease, so researchers are actively exploring other factors which may play a role in the development of this disease. Further research is still needed.

Risk Factors that Can be Modified

Below are some risk factors that you can influence and change.

Research shows that people with adult onset diabetes (sometimes called Type-2 Diabetes) are twice as likely to develop Alzheimer’s disease. There are many health complications that go along with diabetes and the risk of developing Alzheimer’s disease should be one risk that prompts people to manage their illness.

The connection between the two disease is not yet clear. Obesity and high blood pressure, which are problems associated with diabetes, are also risk factors in Alzheimer’s disease and vascular dementia.

Keeping a healthy heart is beneficial for keeping a healthy brain. High blood pressure, high cholesterol and obesity are things that can increase your risk of developing Alzheimer’s disease.

Your brain is nourished through a rich network of blood vessels. Each heartbeat pumps about 20 to 25 per cent of your blood to your head, where brain cells use at least 20 per cent of the food and oxygen that your blood carries.

The risk of developing Alzheimer’s disease or vascular dementia appears to be increased by many conditions that damage the heart or blood vessels.

Another risk factor for the development of Alzheimer’s disease is brain injuries. This is especially true if there are repeated concussions. Protecting your head by wearing a helmet during activities such as biking or skiing is recognized as one way to reduce your risk of Alzheimer’s disease.

Although there is no absolute prevention for Alzheimer’s disease, there are ways to reduce the risk of developing the disease.

You can alter your lifestyle and reduce some of the risks that can be modified. Here are some suggestions:

Watch videos of three remarkable Nova Scotia women with early stage dementia, and hear them discuss how they live well with dementia.

Age-Associated Memory Impairment can be distinguished from a brain disorder such as Alzheimer’s in a variety of ways.

Symptoms of Alzheimer's disease include loss of memory, difficulty with day-to-day tasks, and changes in mood and behaviour.

Diagnosing dementia is a complex and difficult process, requiring the time and expertise of skilled practitioners.

There is currently no cure for Alzheimer's disease and no treatment that will stop its progression. Several drugs are available that can help with some symptoms.